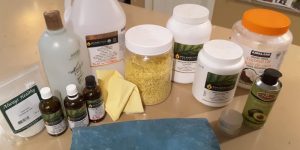 Making your own cleaning and beauty products is a great way to start reducing your ecological footprint. Sarah Fridriksson has been making her own natural products for over ten years and will teach how to make toilet bowl cleaner, body butter and beeswax food wrap.

Complete details and registration can be found on Eventbrite.

The Kamloops Food Policy Council has been hosting a variety of educational activities related to food. Our most recent offering was a knife-sharpening workshop.

Learn how to sharpen your knives . . . it sounds simple enough – right? A few pointers on getting the angle right – some brushing up on your technique. As I discovered, there’s a bit more to it than that . . .

First of all, I found out the steel rod thing I’ve been using at home isn’t even meant for sharpening – it’s just for removing tiny burrs on the blade between sharpenings. You need a stone for real sharpening (of which there are many choices – diamond stone, water stone, oil stone, ceramic stone), any of which can be called a whetstone because they are used for sharpening, or “whetting” as it was once known. To add to the confusion, a water stone is sometimes called a wet stone, which of course, sounds just like whetstone. END_OF_DOCUMENT_TOKEN_TO_BE_REPLACED 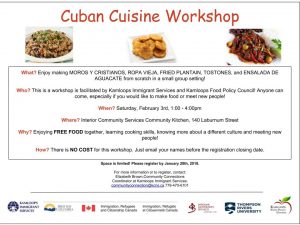 This workshop is FREE and you will learn how to make an array of Cuban dishes from scratch.

To register, contact Elizabeth Brown at communityconnection@kcris.ca or 778-470-6101 by January 28. 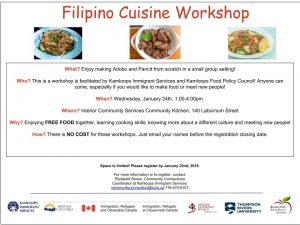 The first collaborative world cuisine workshop was such a success that Kamloops Immigrant Services and Kamloops Food Policy Council is hosting a Filipino Cuisine Workshop on January 24!

This workshop is FREE and you will learn how to make delectable Adobo and Pancit from scratch.

With new spaces opening up for this workshop, we are pleased to announce registration details for a Knife Sharpening Workshop with Lawrence Barichello.

Bring a couple of knives to work on and a magnifying glass if you have one! 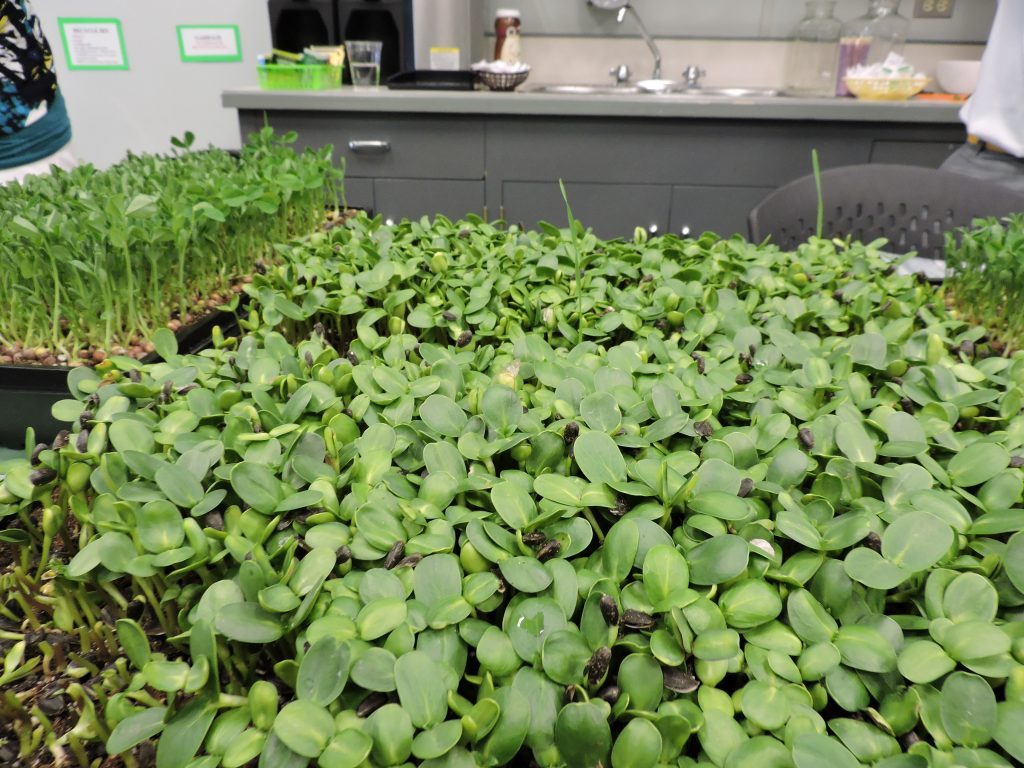 Growing microgreens is a great way to get an extra boost of nutrition, add some homegrown pizzazz to your winter meals, and have fun watching things grow at the same time! Paul Denby, our local Farm to School microgreens expert, will show us his tried and true system on Sunday, January 28.

You can find out more or register here

There is some amazing work and learning going on in local schools! Check out these videos from Shaw TV!

Every harvest with the GAP has a story, some more memorable than others. Something stands out – the setting, the characters, or the plot – and in this case it is all three.

It was getting to the end of cherry season when an acquaintance called and asked if we could help out his elderly friend Joan, who was a bit overwhelmed and hadn’t been able to get her cherries picked. “They’re organic” he said. (We all know what that means – a little white worm in each and every cherry.) “I don’t know” I told him, “We’re really swamped right now”

“She has a Kootenay cover”, he said. My ears perked up. I had heard about Kootenay covers – special polyester fibre nets that are put over cherry trees to keep out the dreaded cherry fruit fly – but had never seen one in action. I immediately agreed to call her.

I recognized the property. The house is older and set back from the road, hardly visible behind a number of mature fruit trees. There is often a “Honey for Sale” sign at the end of the driveway.  There was much more there, however, than I realized. It appeared to be a once-thriving orchard with numerous mature apple and pear trees, as well as apricots, plums, grapevines, raspberries, and a large overgrown vegetable garden plot. Several dilapidated outbuildings, piles of rusting tools, and an old apple press completed the picture. END_OF_DOCUMENT_TOKEN_TO_BE_REPLACED